Rehearsal Dinner Tips And Etiquettes You're Missing Out On 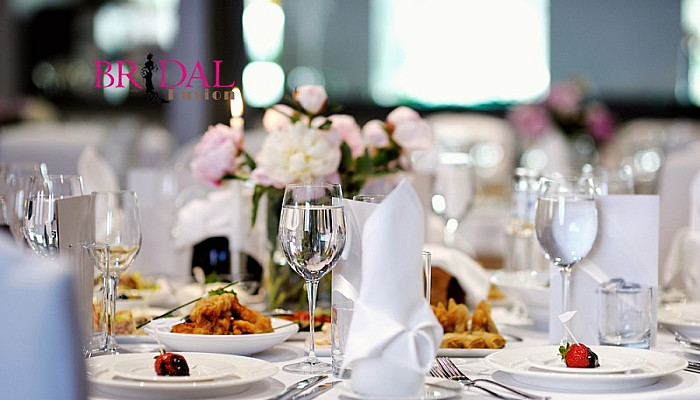 The rehearsal dinner is an exciting aspect of the wedding weekend, whether you and your spouse choose to keep it simple or organize a full-fledged feast. It's a chance to get pumped for the significant event the next day while also spending quality time with your inner group. However, there is some wedding rehearsal dinner etiquette to consider, including invitation etiquette, speech etiquette, and so on. We've got your back.

What is the definition of a wedding rehearsal dinner?

“Traditionally, the rehearsal dinner is the meal that follows the ceremony rehearsal the day before the wedding,” explains Erin Davies, a wedding planner and event producer in the States. It's intended to be a more private gathering of the wedding party and close family members before the wedding celebration the following day.

There are no rules for selecting the venues to hold your rehearsal dinner, so take advantage of the chance to do something interesting. It seems logical to host it somewhere close to where the ceremony rehearsal will take place. For smaller parties, a private dining room at a restaurant is ideal, but you can also have fun with more unusual places, such as a local brewery or winery, a vehicle or art museum, or a party boat.

The one faux pas Davies recommends against is holding the rehearsal dinner at your wedding site or anywhere else that may overshadow the wedding day itself. She says you have to ensure the site is a place where people feel at ease conversing.

Tips for theme & decoration of a wedding rehearsal dinner

The subject and design of the rehearsal dinner and how formal or relaxed it should be are entirely up to the couple and the mood they imagine. Some couples may want a glitzy rehearsal dinner to match their wedding. Still, others may want a more relaxed occasion centered on spending quality time with loved ones.

Davies recommends choosing furnishings with a less-romantic look if you want to have some fun (think darker tones and candles instead of flowers). This is an excellent contrast to what your visitors will likely see during the wedding the next day, which will be more whites and creams. However, what style and feel you want to create is entirely up to you. 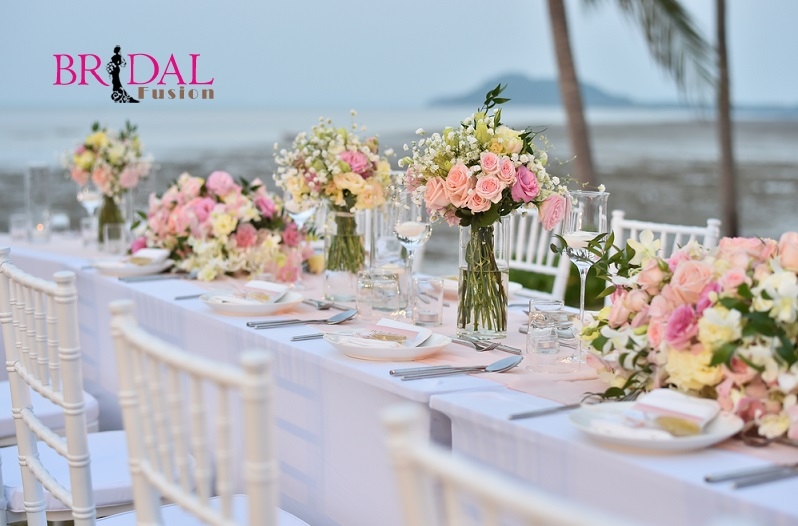 The groom's parents traditionally pay for and host the rehearsal dinner. That restriction, however, no longer applies to modern couples and same-sex nuptials. The individual team will determine who funds and hosts the rehearsal dinner, whether it is one partner's family, both families, or the pair themselves. The bridal party (bridesmaids and groomsmen), the couple's immediate family, and anybody involved in the ceremony, such as the officiant, flower girl, and ring bearer, are invited to the rehearsal dinner along with their partners and plus-ones.

In recent years, some couples have changed the rehearsal dinner into a bigger welcome event that includes extended family members, out-of-town visitors, and, in some cases, the whole wedding guest list.

It’s not mandatory to send separate rehearsal dinner invites if you're hosting a traditional rehearsal dinner with a small gathering (immediate family and wedding party). However, make a plan for them that includes all of the wedding festivities during the weekend, as well as their responsibilities, so that everyone is on the same page and travel arrangements can be scheduled appropriately.

This is significant since the rehearsal dinner is frequently given so much attention that the actual wedding rehearsal is regarded as an afterthought. Some bridal party members miss it due to travel and schedule concerns. Davies suggests providing those details in the formal wedding invitation and offering that guests RSVP if you opt to host a larger welcome reception instead of a typical rehearsal dinner.

The rehearsal dinner is also an excellent venue for speeches, often less formal than those delivered during the wedding reception. It is observed that the hosts make the first welcoming toast of the evening, followed by additional family members, close friends, wedding party members, the couple themselves, or anybody else who is significant to the pair but will not be able to speak at the wedding reception.

The toasts during the rehearsal dinner are usually more impromptu than those at the wedding reception, which may follow a strict order. Guests are more likely to open out and share stories about the happy couple in a small, relaxed atmosphere like this. Groom's father may greet visitors and propose a toast to the bride and groom if he is the host. The groom's father should take the podium after the maid of honor, followed by the attendants and any additional speakers.

The bride and groom have the opportunity to express their gratitude to their guests and the wedding party during the toasts. Gifts are traditionally given to the wedding party and the parents at this time as a gesture of gratitude for their participation and attendance. Regardless of who speaks, Davies recommends pre-planning remarks to avoid the occasion becoming an open mic night. A predefined strategy also helps individuals make remarks to bear in mind to be brief and to the point.

The rehearsal dinners are part of the wedding weekend, they have their own set of etiquette requirements. Look at some of the answers to the most frequently asked questions.

Who organizes the rehearsal dinner?

The world is changing. Traditionally, the groom's family hosted and gave the rehearsal dinner, but nowadays, it might be the couple or the couple's families. It may even be a blend of all parties at times.

Who is responsible for the rehearsal dinner?

On the premise that the bride's family is footing the wedding expenses, standard etiquette advises that the groom's side plan and pay for the rehearsal dinner. We all know that money, etiquette, and custom have extended and altered in current times, but this is the fundamental rule of thumb for traditional couples.

A common rule for all couples is to have an open and honest talk with both families about your plans, budget, and goals, comparable to who is footing the wedding cost, to guarantee a drama- and stress-free rehearsal dinner. 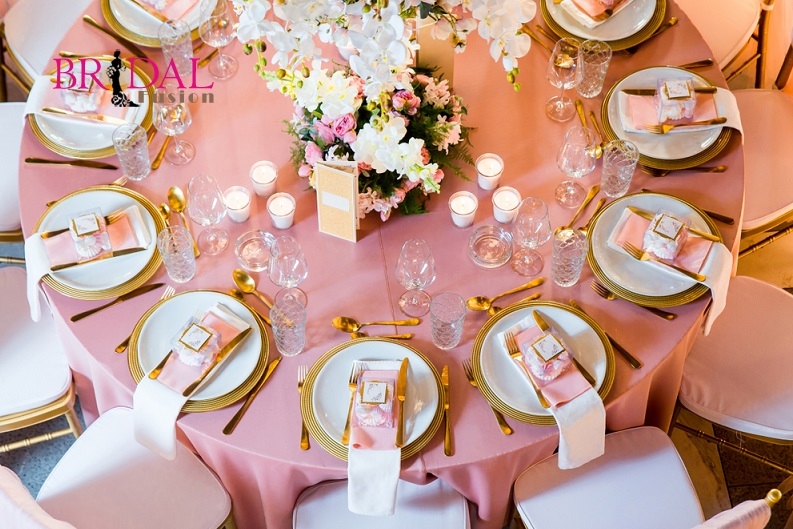 How should people be invited to the rehearsal dinner?

When is a good time to send out the invites to the rehearsal dinner?

For planning considerations, visitors should be notified four to six weeks before the event date. Inform your guests in a timely and thoughtful manner to avoid any last-minute cancellations.

Who receives an invitation to the rehearsal dinner?

Immediate family members, their guests, and perhaps out-of-town visitors if they've traveled a considerable distance. Depending on your family and bridal party size, that can quickly build up to a substantial crowd. In addition, many couples invite extended family, the ring bearer, and the flower girl (depending on their ages and closeness to the team).

When will the rehearsal dinner be held?

Following the final ceremonial dress rehearsal the night before the wedding, guests traditionally gather for a rehearsal dinner. Despite the name, it can be either lunch or brunch, and the mood is often relaxed and casual. If the celebration is a dinner, though, bear in mind that guests will want to get a good night's sleep before the big day, so plan accordingly.

When hosting a more formal dinner or a large number of guests, a seating chart is useful so that no one is unsure where to go when the food is ready to be served. Not everyone in the wedding party may be related to one another, and some members of the two families may be meeting for the first time. Seat them together (if you know they'll be comfortable) or make a point of introducing them to each other at some point in the evening to spark dialogue.

What location should the rehearsal dinner be held?

Proximity is essential. Aim to hold your rehearsal dinner celebration within 20 miles of the hotel where your guests will be staying and/or close to the site where your wedding will be held. Remember that your guests are coming to enjoy your weekend, so they shouldn't have to drive a lot to reach your venue. It is always appreciated if you can give clear directions or even transportation.

What is the level of formality that wedding guests expect in the rehearsal dinner?

When the couple is planning a more conventional wedding, they may want a formal rehearsal dinner to set the tone, but they may also prefer something more casual and straightforward. There are no guidelines.

Many couples have turned their rehearsal dinners into full-fledged festivities. Still, there's no need to fret about organizing your own. With less than 24 hours until you and your spouse tie the knot and your friends and family arrive, now is the time to host a celebration feast. However, there are a few things to consider while you plan. You'll have lots of creative leeway in everything from establishing a seating chart to choosing a unique venue and developing a menu. The choices are unlimited, whether you host a small or colossal gathering.

Here, in this comprehensive guide on social graces, we've done our best to answer your most pressing concerns. BridalFusion.com sums up the positive news: While there are customary norms to follow, the event can be modified to fit your own preferences. The more you know before you go rogue, the better. Don't feel like you have to invite everyone who attended your wedding if you don't want to. Only those who are officially invited to the wedding and their guests need to apply. After all, you need to practice your wedding ceremony and reception routines! 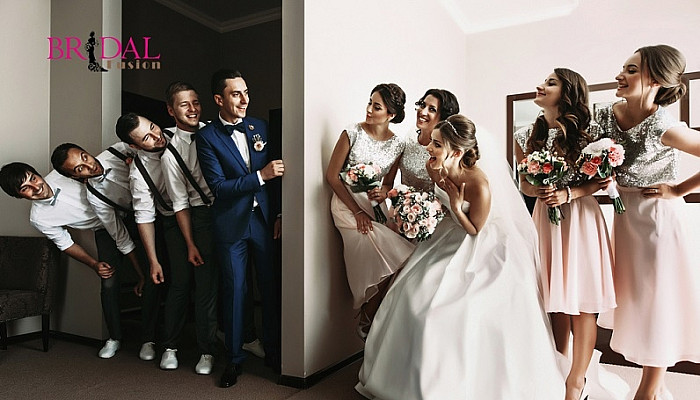 The Best Tasks Between Bridesmaid And Groomsmen Revealed 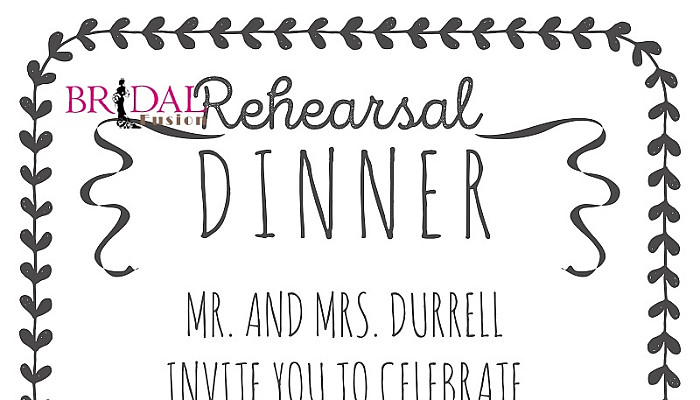 A 7-Step Rehearsal Dinner Invitation Guide You Can Follow

30 Impressive Wedding Decor Ideas To Fall In Love With 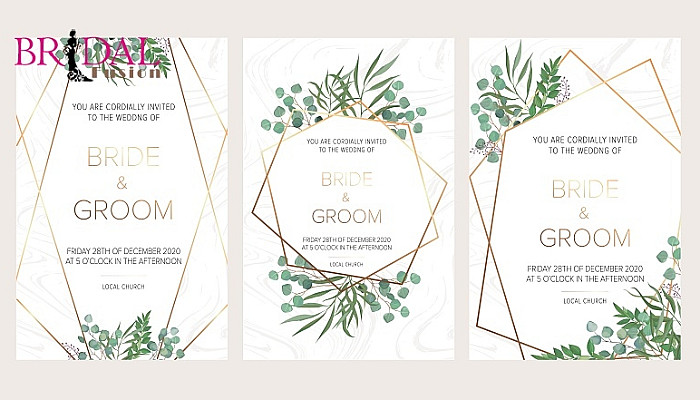